How they created their world – the world of OXO alcohols and plasticisers, part 2

When was OXO production plant built and started in Grupa Azoty ZAK S.A.?

In the 1980s the construction of the OXO Alcohols Production Plant was the leading and most important investment project. In 1979 a licence for production of OXO alcohols was purchased from Union Carbide and Davy McKee. It was appreciated for high technical and technological advantages. The project was intended for implementation in 1980 – 1982. However, the martial law jeopardised the plans and the construction started only in the second half of 1982 to end in October 1986. After a successful process start-up on 1 January 1987, the OXO Alcohols Production Plan began to operate at a full capacity and reached the designed performance.

A reaction of hydroformylation of propylene and synthesis gas to isobutyl aldehydes takes place during a process using a rhodium catalyst, in the Department of Aldehydes. In the Department of Alcohols the main product of the OXO production plant, 2EH alcohol, is formed as a result of aldolization and then hydrogenation. Besides 2-ethylhexanol, n-butanol and isobutanol are produced. OXO alcohols are mainly used for production of plasticisers and acrylates as well as in paints and varnishes, refining and organic industry.

Was it a good undertaking to build the OXO production plant? 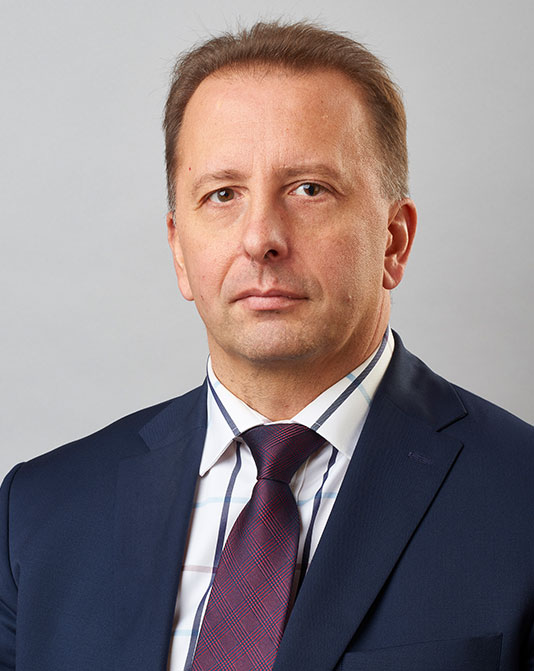 By the end of 1970s and in the first half of the 1980s mineral fertilisers had the highest share, by value and by volume, in the product portfolio of Grupa Azoty ZAK S.A. The decision to build the OXO Alcohols Production Plant greatly changed the production profile of the Plant both from the point of view of the production value as well as modernity and quality of the products on offer. The previous 30 years of the OXO production plant operation confirm that it was the right decision. Nowadays OXO segment is an important element of business operation of Grupa Azoty ZAK S.A. We have one of the most technologically advanced OXO systems in Europe. We are the only in Poland and the fifth company in Europe producing OXO alcohols, as well as the largest Polish and fifth European company producing plasticisers. We have become a competitive player on the European market.

Is the system still modern from the perspective of Grupa Azoty ZAK S.A. and the chemical sector?

There is no doubt that by selecting the technology of OXO alcohols production based on a rhodium catalyst we placed the OXO production plant at the global level of modernity at that time. As time went by, owing to the engagement of the engineers, technical and immediate production staff we managed to maintain the level but also to develop high quality standards and offer a range of new products based on OXO alcohols. In 2015 we started to operate a state-of-the-art system in this part of Europe to produce the first Polish phthalate-free plasticiser called Oxoviflex®. Grupa Azoty ZAK S.A. is proud to have high quality technology and to implement pioneer solutions and applications of our products.

Certainly so! We want to face the expectations of our customers, and of plastics processing companies. Our product called Oxoviflex® was instantly appreciated by customers and the Polish Agency for Enterprise Development. It was awarded a prestigious title of the “Polish Product of the Future”. Our next goal will be to start a low-weight production of specialised esters dedicated for specific applications.

Are the applied technologies friendly to the environment?

We have to remember that every chemical facility affects the environment to some extent, both as far as emissions and environment use are concerned. In order to answer the question if OXO alcohols production process implemented in ZAK is environmentally friendly, one has to compare it to BATs – Best Available Techniques. It stands for the most efficient and advanced level of technological advancement used as the basis to establish the emission limits to reduce emissions and impact on the environment. The Integrated Permit obtained by Grupa Azoty ZAK S.A., which clearly confirms meeting the requirements of BATs for the OXO production, is there to confirm that the facility is environmentally friendly. All products from the OXO segment are prepared according to stringent REACH standards.

How important is the forthcoming anniversary of building and starting operation of the OXO production plant?

Thirty years is a “mature age” for a chemical system. Nevertheless, reliable and sound work of our staff, from the stage of construction through to the first start-up, careful operation and conducted upgrading contributed to the OXO facility being in a very good working condition until now. It brings high income and profits for our company and satisfaction and a sense of success to our staff. The history of the 30 years in the life of each operator of the system is its intrinsic element as well. The holiday of “OXO People” has begun!

Grupa Azoty Zakłady Azotowe Kędzierzyn Spółka Akcyjna is one of the largest chemical producers in Poland, being a member of Grupa Azoty. The company has a long tradition and respects human and social values. Its business operation is based on the two main pillars: nitrogen fertilisers as well as OXO alcohols and plasticisers. The company is the producer of e.g. the first Polish non-phthalate plasticiser called Oxoviflex®, a product awarded by the Polish Agency for Entrepreneurship Development with the prestigious title of the Polish Product of the Future. The mission of the company is to provide the highest quality products to customers. The offered range is intended for the following sectors: agriculture, construction, chemical processing and plastics industry. The company has its own co-generation plant, loading port and provides specialised laboratory services. It is also the owner and the main sponsor of the extra league volleyball team – ZAKSA Kędzierzyn-Koźle.