Plasticizers are one of the most basic additives used in PVC processing. Until recently, the most popular product within this family was DEHP, offered by the Grupa Azoty ZAK S.A. under the Oxoplast® O brand. DEHP is still the dominant plasticizer around the globe, but European markets display a strong tendency towards using alternative plasticizers. To answer the growing demand, the Grupa Azoty ZAK S.A. introduced a new plasticizer – Oxoviflex® (DEHT).

Oxoviflex® is a plasticizer meeting highest quality requirements. It has been positively tested for its impact on the human health and natural environment. Its structure differs from Oxoplast® O (DEHP), which in some cases may require a different approach to PVC processing. The review below explains how to use it to avoid mistakes, what to focus on and how to properly conduct a production process.

PVC plasticisation is a process in which plasticizer molecules penetrate polymer macromlecules chains or agglomerates, in which causes weaker intermolecular forces and larger distances between chains (chain segments) in the polymer (Graph 1). That lowers the temperature of glass transition and flow, which leads to a decrease in the temperature of gelation and processing, giving the product new physical qualities (softening, flexibility). 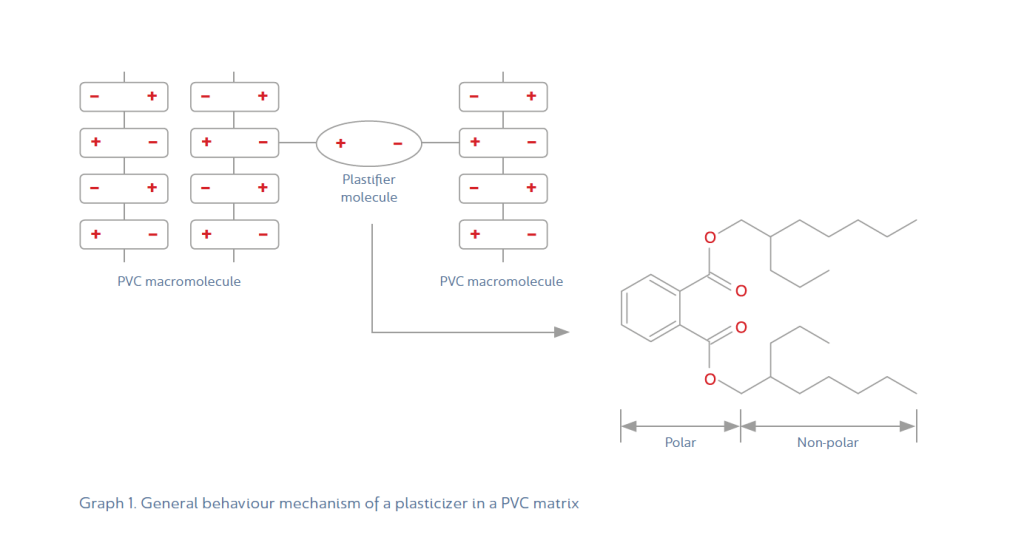 Graph 1. General behaviour mechanism of a plasticizer in a PVC matrix

The polarity of the plasticizer itself, namely a higher concentration of a negative charge in one place of its molecule and a lower in another, which makes the plasticizer a dipole, plays an important part in the very process of plasticisation. Polar molecules have several properties. They are able to solvate, i.e. to surround other polar molecules. A very general assumption may be made that compounds with areas in their structures that are ‚marked’ with a charge (polar substances) react more easily with other polar substances as their partial charges create an electric field which draws other reversely charged molecules and keeps them in the vicinity; consequently, it facilitates the chemical reaction.

Particles of Oxoviflex® and Oxoplast® O differ in their structure (Graph 2, Graph 3), with large discrepancies in polarity. Oxoviflex® is less polar; therefore, it is necessary to employ a more detailed approach to PVC processing than in the case of Oxoplast® O.

In order to obtain the desired stability for the product created with the use of Oxoviflex®, special attention should be paid to several important aspects that may affect the course of PVC processing. Weaker polarity in comparison to Oxoplast® O equalsmore time to complete the plasticisation process and greater sensitivity to fillers. However, an important role may also be played by the manner of preparing the paste for coating (feeding order) and the necessity of exploiting full machinery park that is recommended for such processing. A set of recommendations for particular stages of PVC processing are presented below.

Plasticizer migration – how does it happen, how to prevent it?!

Summing up: an important difference between Oxoviflex® and Oxoplast® O, having a huge impact on the course of plasticization, is weaker polarity of the first product. Thus, more time is needed to complete the plasticising process and greater sensitivity to fillers is noted.

Filling order, longer stabilisation, thus steps that may mitigate the effects of the difference in terms of time have been provided earlier. At the same time, it has been observed that for processes employing rolling machines, there was no need to change the dosage order and time of stabilisation compared to an analogous Oxoplast® O based formulation. Therefore, the activity of the filler itself within the PVC paste deserves a closer look.

All PVC paste fillers are to influence physical properties of a product (e.g. increase its hardness and/or resistance to abrasion) and noticeably lower production costs. Fillers are not playing an active part in the process of plasticising; in addition, their presence hinders plasticizer penetration of a polymer. Therefore, exceeding the recommended share (10 units of measure) significantly slows down and hinders PVC plasticising process. Thanks to its lower polarity, compared to Oxoplast® O, Oxoviflex® needs more time and, bearing in mind the fact that excessive amounts of the filler make it more difficult to penetrate PVC, the obvious conclusion is that plasticising under unfavourable conditions may not be complete. For this reason, the disintegration of the final product was noted for cases where the volume of the filler was significantly different from recommended.

It should be noted that an excessive amount of filler often means that the producer uses more plasticizer than it is needed for a given type of PVC in order to improve the viscosity of the paste. In such cases, even if it only applies to layers of glue, the finished product still includes a significant amount of free plasticizer, which could not be removed in the drying process (the inability to increase the time of exposure to temperature in the tunnel – presence of porophors).

While using the final product (e.g. furniture lined with a coated material), free plasticizer molecules are heated by sun rays or, as it often happens, the temperature of the human body. The non-bound plasticizer particles migrate towards the top layer (front) of the product; heat removes the plasticizer from its original location, which leads to rapid damage to the product in places of contact with the human body. The damage takes the form of hardened spots and cracks on the surface.

An important fact is that such a type of damage had been observed much earlier. It occurred regardless of the type of plasticizer used, but always depended on the amount of filler or completeness of the manufacturing process.

For these reasons, special attention is put to careful production process conduct in case of materials coated with the use of Oxoviflex®, with particular reference to the above recommendations for its key stages. Following them should eliminate a later risk of plasticizer migration.

Study of the degree of migration from PVCbased plastics unequivocally confirms that plasticizers with a molecular weight of less than 250 g/mol and boiling temperature below 350 °C should be avoided. Oxoviflex® fully meets these requirements. Its molecular weight is 390,6 g/mol, the boiling point is 375°C. Oxoviflex® satisfies all highest standards for plasticizers in the field of PVC processing. 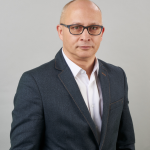 Boris Fleites-Jończyk joined the Grupa Azoty ZAK S.A. in 2016. He is a Coordinator – Technical Advisor of the OXO Segment. Boris Fleites-Jończyk, has Master’s degree in Mechanical Engineering. He is a specialist in the field of coated materials. He gathered his rich professional experience while working on managerial positions in manufacturing companies, which specialise in the production of coated materials for furniture, leatherworking and footwear industries.